What Is Japanese Tea?

TITLE:  What is Japanese Tea? How the Culture and Mindset of the Japanese is Embodied in a Cup of Tea 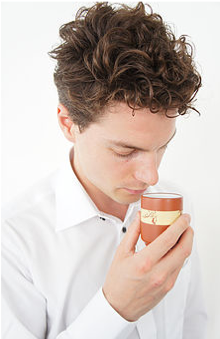 Tea is without doubt an integral part of Japanese daily life, and the habit of drinking tea has influenced and inspired many artists and craftsmen since its arrival in Japan more than a thousand years ago. Over hundreds of years this originally Chinese beverage has transformed and evolved into something peculiarly Japanese, and Chanoyu (the Japanese Tea Ceremony) is often brought up as an example of this. Indeed it has also been the main focus of historians and tea specialists alike for many years, to the extent that other aspects are often overlooked or forgotten. During this class we will take a closer look on how Japanese tea reflects and embodies the both the food culture and the mindset of the Japanese. For example, the strong emphasis on umami is a common theme in Japanese cuisine also to be found in tea. Also, Japanese steamed green teas are produced so as to alter the natural flavor as little as possible, an approach similar to that of sashimi (raw fish).

In order to give the students a clearer view of how Japanese tea differs from tea from other countries, the students will be offered several samples during the class. The students will also learn how tea drinking in Japan has changed over the years, how tea is consumed in Japan today and how international trade has affected both the production and consumption patterns throughout history.

Born in Sweden in 1985, Per Oscar Brekell developed an interest in Japanese tea during high school, something that grew into a passion that later led him to relocate to Japan. In 2010, he studied at Gifu University and in 2013 he came back to Japan for a job at a Japanese company. He became a certified Japanese Tea Instructor in 2014, completed an internship at The Tea Research Center in Shizuoka. and has also been working for Japan Tea Export Council. In 2018 he set up his own business, and is now involved in tea education projects overseas and arranges tea events and seminars in Japan. He is the first non-Japanese to receive a certificate for making hand-made Sencha and in 2016 he was awarded the CHAllenge prize by the World Green Tea Association.